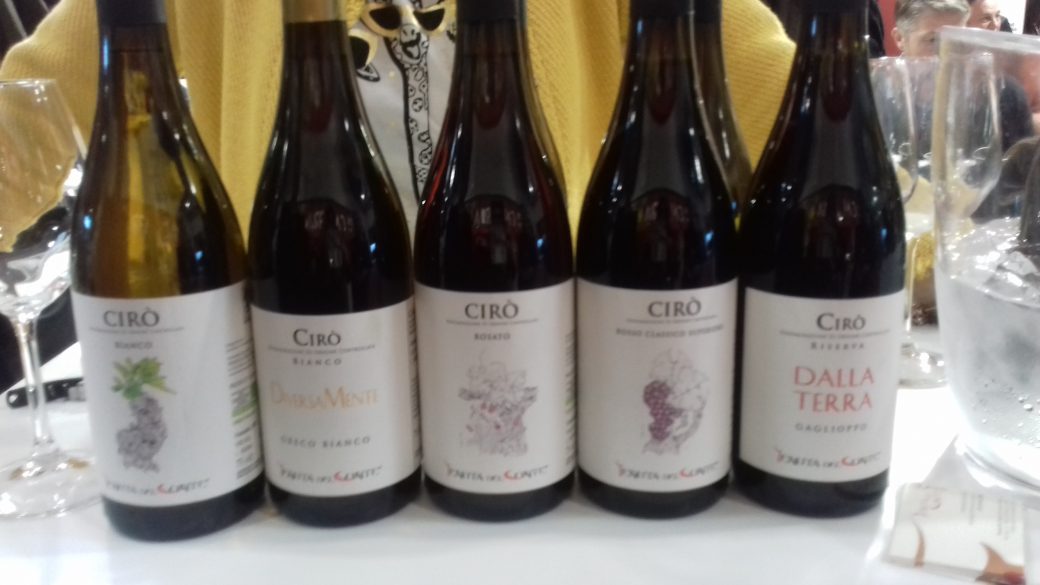 It is surprising what women are able to do and even more what women “of wine” can do. I want to tell you the story of Mariangella Parrilla, the Lady of Ciro’ as I like to call her! A strong woman, determined that she took over the family wine company and literally turned it upside down, according to her ideas and intuitions, with an immense dose of courage.

I knew nothing of Mariangela, nor of her wines, because I had not visited the Ciro’ area for a long time. But since my friend and colleague Emilia Marinig came to visit me from London while I was in Calabria, then we took the opportunity to take a tour of the various cellars. I knew that a revolutionary group of Calabrian producers had been born for some time with the precise aim of reviving the fate of Ciro’ and making sure that this product crossed the Calabrian borders and took flight in the various foreign countries. To tell the truth, there is also another motivation perhaps even more romantic, to be sought in the fact that this group of 8 producers share the same corporate philosophy that concerns the production of traditional wines, small niche productions and wines destined only to top end restaurants.

The group, which was given life by the intuitive mind of Francesco De Franco in 2008, includes the following wineries: A’Vita obviously, Cataldo Calabretta, Tenuta del Conte by Mariangela Parrilla, Sergio Arcuri, Azienda Scialanga, Assunta dell’Aquila, Francesco Fezzigna, the group that I love ironically define as the Ciro’ Boys (I don’t want to make  reference to the Boys of another famous region!), that is the supporters of the Ciro’ Revolution movement. Of the wines of Mariangela I came to really know by chance: Emilia and I stopped for a quick lunch in a restaurant in the village Ciro’, very nice and let’s do a little publicity that these days doesn’t hurt, A Casalura, where obviously our attention was caught by the bottles on display.

Among these bottles, the beautiful labels and the Burgundy-type bottles, not easily used in this wine region, prompted us to contact Tenuta del Conte, asking to visit you after a few hours, having little time, but without any pretense of being received without notice.

And this is how we found ourselves in front of the nice Mariangela: at the first sight, I immediately understood that it was a woman who knew her ‘fact’, in terms of wine, and after having exchanged a couple of considerations on the company, Mariangela led us to taste all of her production directly from the tanks. Her wines reflect his nature: direct, sincere, and above all, respectful of the vine from which they are made. Mariangela runs a 15-hectare farm, which her father Francesco has always managed with sales only locally, but at a certain point Mariangela decided to start experimenting, first with grapes in the vineyard and then with vinification in the cellar and the various grapes.

Precisely because she is a very capable woman, Mariangela is the factotum at the moment in the company: she is responsible for the vineyards, the cellar and is the face of the company in foreign countries where she is expanding sales and the various fairs of wine in Italy to which she takes part tirelessly. In fact, his wines have easily found a market in Japan, Germany and I hope soon to find a place for them in the difficult UK market.

The thing that particularly struck me is the fact that Mariangela leaves the wines in bottle to refine: for me this is an unmistakable sign of her love for wine, because she prefers to give time to the wines to harmonize instead of trying to all costs to sell ahead of time, just to make ‘money’. This was one of the key points that made me fall in love with Mariangela’s company. She cultivates the vines with the utmost respect for the environment and in fact the company is certified organic and is included in the VAN circuit (Vignaioli Artigiani Naturali).

Mariangela also does not deny having benefited from the teachings and experiments of Cataldo Calabretta and Francesco De Franco, who are experts in the Ciro’ wines, and this is another indicator of another very important quality of Mariangela, which few people possess: humility!

Emilia and I had the great pleasure of tasting together with Mariangela the new vintages that will be bottled when their time arrives. All wines are clean (because it is in this phase that the raw material is well understood), precise, each with its own character but not yet “ready”, according to Mariangela’s standard. I will never forget with what care and love Mariangela took the samples from the tanks for us, and how each wine described us: with the sweetness of a mother, who knows how to grow her children well, according to strict rules.

Although it would be fascinating to describe wines that are “in existence”, I prefer, for obvious commercial reasons, to analyze only wines that are already in the bottle, in current vintages. I learned while I was in the area that the Consortium is actively working to raise the Ciro’ to DOCG appellation, an interesting novelty for Calabrian wine production.

The first wine tasted is Ciro’ Classico Bianco DOC (let’s not forget that we are in the classic area of Ciro’), made by Greco Bianco, vintage 2015. A wine that I liked very much for its drinkability and freshness. Straw yellow in color, it has aromas of yellow and white flowers and citrus and stone fruit aromas. Quite mineral, it is a well balanced, round and fresh wine; with a nice dry finish, which leads it to be combined with seafood appetizers and shellfish risottos.

The second white, vintage 2015, bears the name DiverSamente, and explains well why we are faced with a white diametrically opposed to the first: produced using the same monovarietal blend as the Classic, with the difference that the must is in contact with the skins for a period of about 48 hours. From here comes a golden yellow color, with more complex aromas on the nose and reminiscent of yellow peach, and this complexity makes it a wine to be understood well before being drunk. The wine strikes the taster for its dense texture of aromas and flavors: sapid wine, rich in ripe fruit that recalls ripe apple, pear and yellow peach, and spices in particular saffron. It fills the mouth with fruit juice pulp but ends with a dry and firm finish. A wine that experts would define as “a sommelier wine”, perfect in combination with first courses, white meats and medium-aged cheeses.

Following Ciro’ Classico Rosato 2016, made by Gaglioppo in purezza and here reiterated the great adaptability of the vine to be vinified in pink (many hate me for having, albeit jokingly, used this adjective!). A wine with a light ruby color, with hints of strawberry, red fruits, pomegranate; firm tannins and a dry finish. Excellent in combination with structured first courses, red meats, stews and also excellent as an aperitif.

And we come to the famous red wines, great protagonists of the regions of the South, which find expression in Calabrian land, especially in the Ciro’ Classico DOC. The Ciro’ tasted was the 2014 vintage, from Gaglioppo 100%, and vinified in the traditional way: ruby color, aromas of ripe red fruit, plums, cherries, raspberries and blackberries. The fruit is intense, and is accompanied by spices, strong tannins (typical of Gaglioppo) and attentive to those who claim that it is too tannic because we see that little is known about Calabria and its products! Fantastic is its combination with game and some typical Calabrian dishes based on spicy meat, and hard cheeses.

The second red, always Ciro’ Classico but Riserva, vintage 2013, currently on sale, with the genuine name ‘Dalla Terra’ is a garnet-colored wine, with aromas of ripe black fruit, a touch of herbaceous, spice, very powerful tannins, compared to to the basic version, but destined to soften over time. In the mouth, taste of blackberries, blackcurrants, vanilla, leather, spices, and a persistent finish. Obviously we are here in the presence of an important wine, which speaks of the terroir from which it is born, therefore distinctive and unique. Perfect to match with pasta with wild boar sauce for example, game, very mature cheeses.

Both the red wines of Tenuta del Conte (which is basically the name of the road where the farm is located) are not subjected to barrel aging: however, as we know, the name of the reserve can be attributed to any wine that is aged, even only in the bottle, for a period of 2 years beyond the minimum time necessary to be awarded the appellation Ciro’ Classico DOC.

Not all consumers (and some experienced foreign buyers included!) find it easy to understand Gaglioppo. But this vine is so: to take or leave, to love or to hate. It produces a wine that reflects the character of us, people from Calabria: determined, intense, strong and that must be respected in its nature, otherwise it can become rebellious, pungent and sometimes even aggressive, just like its innate tannins! 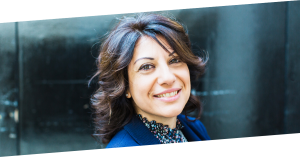